Project for Centre for Defense Enterprise

BEAST helps to identify and predict complex systems’ vulnerability, unwanted emergent effects and hidden malfunctioning. BEAST creates a unique, novel and powerful combination of methodologies (TRIZ and Biomimetics), which is grounded in several decades of research, as well as a uniquely combined team of experts.

BEAST guides users through a set of techniques and questions, in order to bring into play their knowledge and their experience. It helps to decide where to look, what to do, and how to implement actions.

BEAST helps to creatively reason about the potential for emergent catastrophic effects in complex socio-technical systems. For example, for identifying and mitigating the potential and hidden failures, it can draw on extensive knowledge on strategies of deception in living nature. 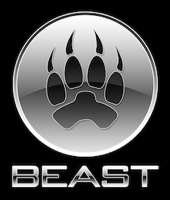 Travelling into outer Space: solutions for the problems that are yet unknown!

The work was done in the form of consultancy for SEA Ltd in two projects funded by European Space Agency (ESA) 2007-2010 (contracts number 20257/06/NK/EK and21584/08/NL/HE ). The goal was to provide guidance for the design of psychological support tools for a crew that will travel where no human has been before in the face of unforeseen challenges. The results now are published in the proceedings of the 59th International Astronautical Congres in the 3rd IAASS Conference proceedings "Building a safer space together". The study raised a new challenge – to solve the problems that are unknown yet. Obviously outer Space brings a lot of challenges – there is neither experience, nor single reference point for the decision taking in such conditions. To help in unknown problem solving is actual challenge for the method itself!
With the help of our methods we developed a trouble scenario generating matrix for psychological issues in space missions. This matrix (we call it Psy-matrix) uncovered a total of 2278issues the crew may face. Only 30 of them were known in practice.

On a mission to other planets the crew would come across situations and challenges that have not been foreseen even by experienced engineers, designers, scientists and previous explorers. Human space exploration is a test of human abilities on the ground (e.g. designers and mission support personnel) and in space (e.g. astronauts) and expands our knowledge and understanding of human capabilities and limitations. This  is a challenge for scientists and industry to devise expert problem solving tools, which can support and help the crew in exploration missions.

A technologically advanced companion, a Crew Expert Tool IO, developed in this project, will support the crew in autonomous operations during future long exploration missions to the Moon and Mars.

The project was done under the University of Bath contract with Philips. Our role in the ARTIC was to interpret biological knowledge to make it comprehensible for the colleagues from various domains - engineers, computer scientists, etc. This challenge was not trivial, because the “languages” of all these domains are different.

We used the original and unique BioTRIZ system methodology for the analysis of biological entities and interpreting data in engineering language to use in the design of artificial cilia actuator. The current stage of biological understanding of the cilia actuation is certainly not the final one.

We made the full catalogue of liquid manipulation mechanisms existing in the living systems. It appeared that great variety of biological mechanisms result from very limited number of combinations of the parameters (Vincent, Bogatyrev, 2008; Bogatyrev, Vincent, 2008). And most of the area of the logically possible combinations remains empty. This shows the great potential for the design of artificial microfluidic actuators.
We analyzed the essential functional properties of the biological cilia actuators and created models of the artificial ones. Our prototypes did not copy the living ciliar systems, but were able to deliver the required function by engineering means: the required function (moving liquid) can be provided by asymmetrically fragmented micro-paddles and/or fragmented movable foundation (where these paddles are attached) in various combinations.

The most challenging issue was to make the reciprocal motion of the artificial cilia in the mode of travelling wave (metachronously instead of synchronously) to provide the onward movement of liquid.

Our solution was to make a semi-circle channel with the magneto-sensitive asymmetrically fragmented paddles, which are actuated by the co-axially orbiting electro-magnet. So the final device did not look like the initial biological prototype - ciliated surface of living creatures. But it provided the required function exactly as the biological cilia effectors. All the above mentioned ideas and working principles were accepted for implementation by the members of the consortium.

Integration of biology into a method for generic and systematic innovation

The increasing realisation that biology has much to offer other disciplines has hardly been developed in engineering. We have analysed and characterised the structures, materials and mechanisms of living organisms in such a way that they can be incorporated into a powerful problem-solving tool.  We have realised that engineering takes little account of hierarchy in design, yet it affects the types of functional problem and their solution. At low levels of hierarchy (equivalent to a simple machine or a tissue in biology) the most important variables are structure and substance. At higher levels (an assemblage of machines, or an organism, and higher), information becomes more important. At present only about 10% of biological mechanisms and functions have been applied to engineering. The expected outcome will be better problem solving in both engineering and biology, and the underpinning of the interfacial area where biological computing and bio-mechatronics are being developed. 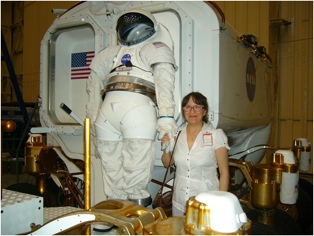 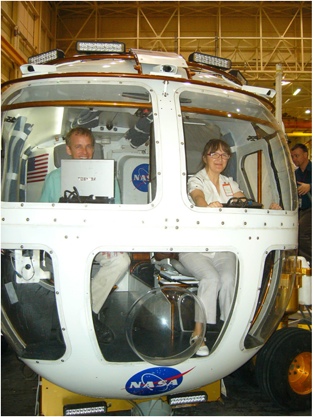